Bardela's groove is righteous! Originally, Bardela was a trio. Now They have added drums and Lead Guitar.

The first time they played together, they sensed a special connection. It wasn't long before they combined their names to become Bardela and started playing out - they were having so much fun, they just had to share it.

Bardela is a force of nature, combining the talents of three dynamic northern Vermont musicians:

Jeff Barrows (BAR) takes good care of the bottom end of the Bardela sound with his melodic and strong bass line.

Arty LaVigne (LA) brings it all home with his robust vocals and rhythm guitar.

Davis Simpson (Drums, Vocals) Dave is bad ass on the drums and has the male version of Cooie's voice. Now its Big Bad Bardela!

Bardela's songs range from classic rock songs to country standards, Dead tunes, and original material, all played with that special Bardela groove. You’ll be energized by their solid vocals and multi-layered guitar sounds. The harmonies are dialed in to rock you to your core! Feel the beat, find your dancing shoes, have the time of your life! Experience the mighty Bardela vibe - and dance the night away!

Bardela just released their first EP "Sky" with four delicious songs from the mountaintop, all written by Arty LaVigne. "Sky" is available on their website.

Bardela is currently accepting bookings for 2018.

Redefining Americana on multiple fronts, "Here in LA" is an ideal opener for the Bardela EP.The vocal harmonies that are the band's stock in trade sound tremulous as ' the day begins,' and the accompanying mesh of guitars with Jeff Barrows' bass effectively sets up the full-band complement that appears on "The Crow." Here the ominous air of the initial number, somewhat veiled by group singing, turns immediately palpable when Mark Christensen's lead guitar conveys real danger. It's a tribute to the versatility of Bardela (their moniker a metaphor of their unity as a composite from each of the members' surnames names) that such a stripped-down alignment moves with such confidence from such a foreboding atmosphere to the soothing likes of "In The Country;" the contrast between Artie LaVigne's lead singing and Cooie DeFrancesco's voice, in gentle counterpoint, conjures the sensation of 'livin' the dream,' and, in doing so, restores truth to the cliche. All of which makes "Country Comes to Town" the logical conclusion of this set of songs titled Sky: written, arranged and produced by rhythm guitarist/vocalist LaVigne at engineer Bennett Shapiro's Mad Tech Sound studio, the gentle boogie of Zack Lavigne's drums here emphasizes the staunch independence at the heart of this unassuming work. These four cuts, available as a free download from bardela.com, could easily form the foundation of a full-length album with the addition of more rockers and perhaps even an a capella track to further broaden what's already a deceptively extensive vocal and instrumental range.

Tracks: Here in LA; The Crow; In The Country; Country Comes to Town. 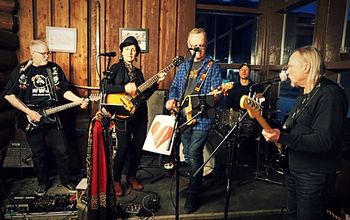 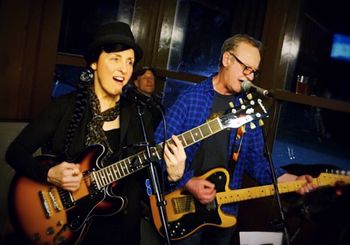 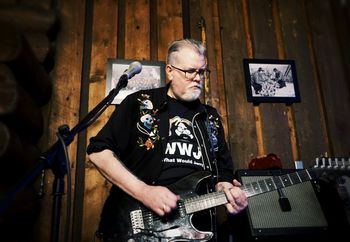 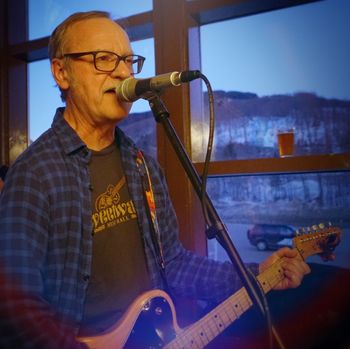 Arty Singing his own 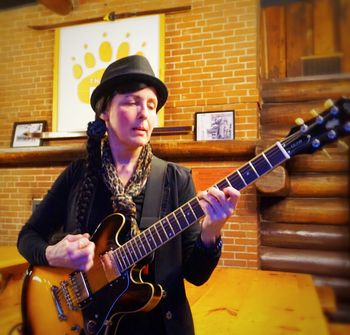 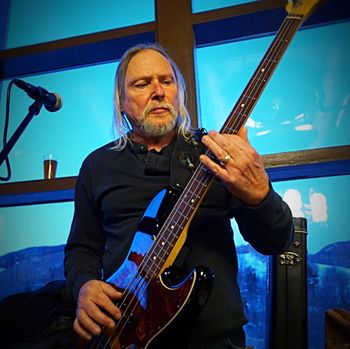 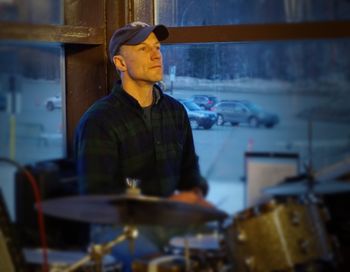 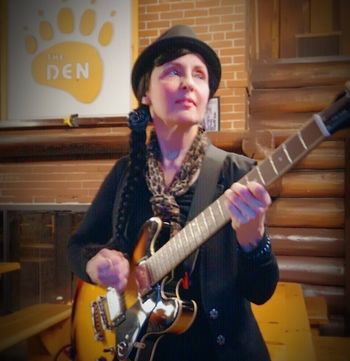